We never anticipated this reaction to our first mobile child care classroom.

Less than two weeks ago, as nearly one hundred donors and supporters of Illuminate Colorado signed up to get a sneak peek at our first mobile child care classroom, we could never had anticipated Colorado State Senator Brittany Pettersen‘s reaction. 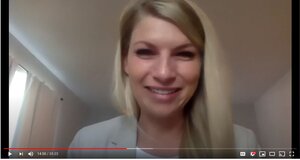 Illuminate was lucky to have so many supporters with us online to walk through the mobile child care classroom with Illuminate Colorado Executive Director Jade Woodard, who was onsite at Proctor Productions. After touring the vehicle under renovation, the online event included a panel discussion to talk about the impact of the program in communities and Sen. Pettersen’s emotional response to the unveiling moved everyone else on the call.

“It’s hard to hold back tears. As a law maker you don’t often get to see things come to fruition. You pass a bill, you think about the people that you hope to help, but you rarely get to see something so tangible,” shared Sen. Petterson, co-sponsor of multiple pieces of legislation which helped make Illuminating Child Care possible including House Bill 19-1193 and Senate Bill 20-028. “My mom, she became addicted to opioids when I was just six years-old and when I think about what she went through and the barriers that she faced, not only with access to treatment, but also with having three young kids. This is so meaningful. Access to child care is such as huge barrier.”

Watch the entire live stream panel discussion and reactions from other panelists including Hillary Fulton with the Colorado Health Foundation and representatives from the Early Childhood Council of the San Luis Valley on the Illuminate Colorado YouTube Channel.

Thank you to Illuminate Colorado sponsors Proctor Productions, Colorado Department of Human Services, Constellation Philanthropy and the Colorado Health Foundation for helping to increase access to child care for parents and caregivers navigating complex life situations, like mental health concerns, substance use disorders, or employment challenges, as they seek to strengthen their families.

Illuminate Colorado is launching a new program – Illuminating Child Care – providing an innovative systemic-approach to increasing access to child care for parents and caregivers navigating complex life situations as they seek to strengthen their families. Partnering with community-based nonprofits, local substance use disorder treatment providers and government agencies, our staff will provide personalized navigation for their clientele to find child care to help them find child care and connect with resources in the community. Our child care teachers will help infants and toddlers learn and grow, onsite where parents are getting the support that they need to strengthen their families. 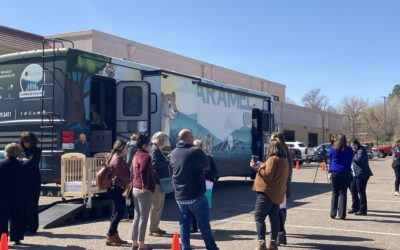 Caramel, Illuminating Child Care’s newest member of the fleet, was introduced to the Pueblo community at an open house on April 14th. Members of the community and local media toured the new classroom, learned more about the program and saw how the on-site classroom... 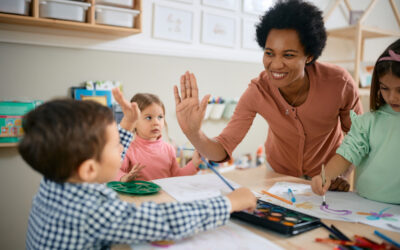 Meeting Parents Where They Are – Bringing Child Care with Us

Before any parent goes back to work, gets into treatment or tries to tackle any one of life's challenges that may take them away from their child, they need to find child care. It's a problem all parents can relate to, but solutions depend entirely on what access to... 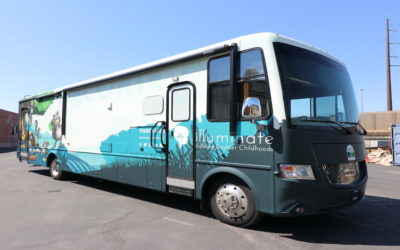 Illuminating Child Care is Expanding to the San Luis Valley 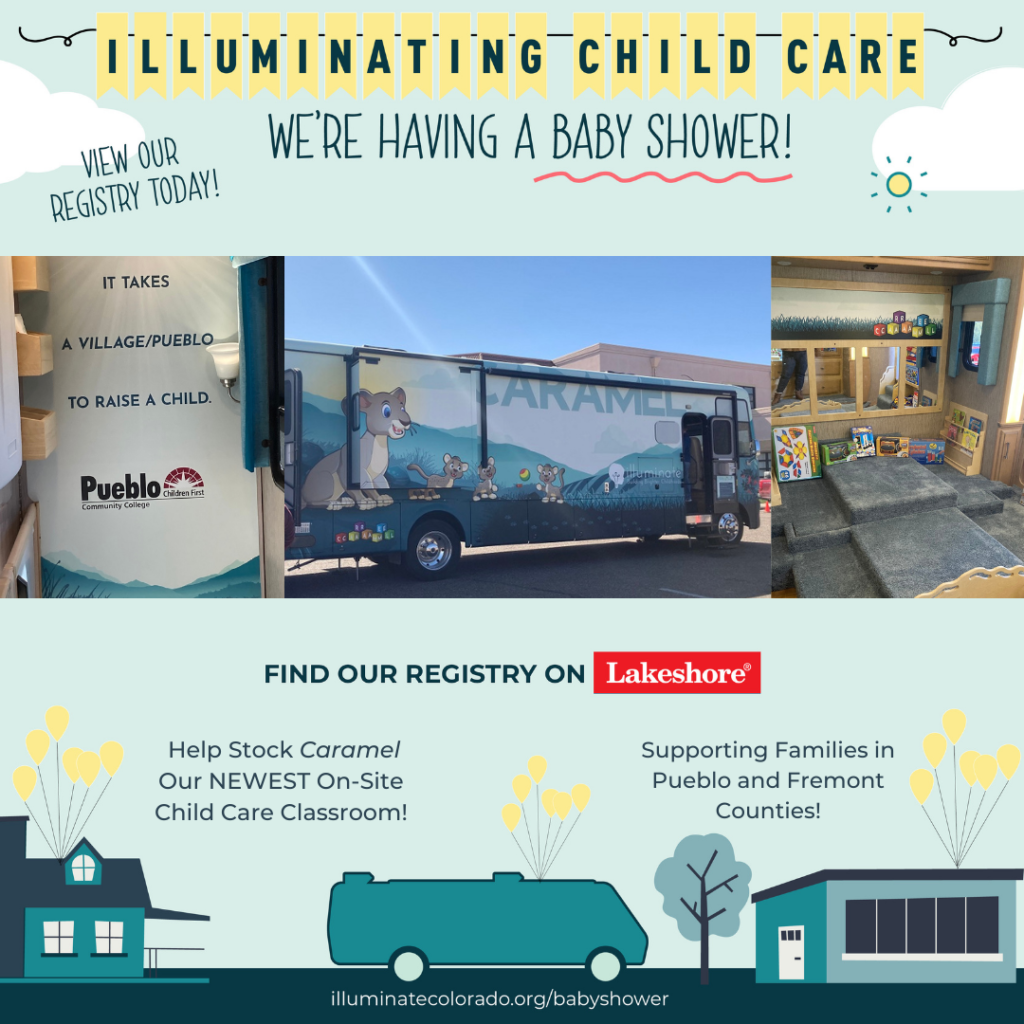 Help us stock our newest Illuminating Child Care classroom with everything we need to give young children a happy, healthy and positive learning experience.