Spotlight Interview with a Parent Leader

February is Parent Leadership Month, a time focused on honoring parents for their leadership roles both at home and in their communities. In our mission to build stronger families, Illuminate Colorado has embraced parent leadership as a key aspect of our Circle of Parents Program by supporting a dedicated Parent Leader as well as a certified facilitator in every group.

Jon has been part of a Circle of Parents group for almost two years, and said that he wasn’t expecting to be in a leadership role—but he’s glad that’s where he ended up.

“I can’t say that I wanted to take on the role,” said Jon, laughing. “I think [the facilitator] just saw it in me. The fact that she saw it in me and picked me made me not want to let her down. Since then, I relish the role and feel like she was right in choosing me.”

Parent Leadership Month emphasizes being a role model for other parents, participating in community events or groups, and providing a parent “voice” or parent perspective in their community. 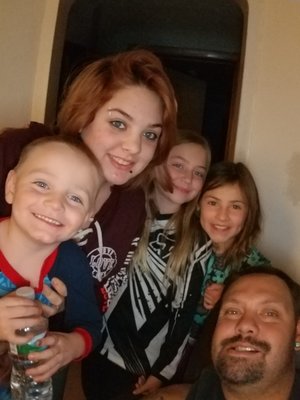 Regardless of the form that parent leadership takes, empowering parents through peer support is an effective way to strengthen families. When parents are empowered, they are building resilience, deeply engaging in their roles as parents, and setting a powerful example for kids.

“I think [parent leadership] is important first and foremost for our youth to see strong parent leaders. My daughter’s a little older, and she didn’t get to see that when I was younger due to my addiction, but now that she sees it I hope it translates into lessons for her,” said Jon.

Though unexpected, Jon notes that his leadership role has been especially rewarding in that he gets to help others who are also parenting in recovery, which comes with unique challenges.

“I think it helps the other group members to know that I was the same person sitting in the same chair they’re in, and my experience is the same as theirs,” he explained. “It’s not like I’m a trained professional, this isn’t what I do for a living, and they can take comfort in that. It allows them to open up a little more, to be more willing to share and willing to take advice.”

Another benefit of the group, for Jon, has been the relationships he’s built. “We’ve developed some very good friendships amongst us in the group, and I knew going into the group that when you hang out with people frequently friendships are going to develop, but quite a few of the people in the group I consider top-notch friends. I expected to make acquaintances. I never really expected to make the kinds of bonds that I have.”

In addition to his participation with Circle of Parents, Jon has found an opportunity to take his parent leadership one step further by participating in training with the Family Leadership Training Institute (FLTI) of Colorado. The Family Leadership Training Institute is a program that equips families with knowledge and skills to support their engagement with systems at the individual, community, and policy level. Participants complete a 20-week training that integrates personal and child development, leadership skill development, civic literacy, and civic engagement.

When asked what he would say to other parents interested in growing their leadership skills, he noted the importance of surrounding yourself with others who share similar goals.

Though Jon has found participating in parent leadership and education programs to be rewarding, he notes the difficulty of engaging in these programs as a father. “It’s so weird, because as a man, you know, we don’t talk about our stuff—it’s just not what we do,” he explained. “But my experience has been, through this whole process, that it helps.”

On the lack of male participation in Circle of Parents and FLTI, Jon noted, “I’m the only full-time guy in our group. There’s a couple guys who come continuously and consistently, but sporadically nonetheless. And I’m always there. And I find the same thing in FLTI. I’m the only guy who’s there every week, and it’s sad because it helps so much. I wish other guys would be more willing to open up to it.“

To address this gap in parent support for fathers in recovery, Jon hopes to start a Circle of Parents group specifically for fathers. “It’s kind of an ambitious goal I think, because I know how guys are, and I know the talks are going to be a lot of sports and a lot of cars and a lot of girls and a lot of other stuff, but I think just having that camaraderie might help it turn into what it should be. That’s what I’m hoping.“

When asked about advice he would offer to other fathers, Jon said, “My advice to other fathers would be: just give it a shot. At the end of the day, that’s what it comes down to. It might be for you, it might not, but if you don’t at least try you won’t know. I’m really glad I did, because I’ve made some great friends, I’ve taken some solid advice from people, and I’m here today.” 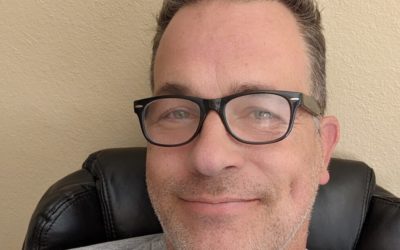 How Circle of Fathers Helps Me

To achieve our mission to strengthen families, organizations and communities to prevent child maltreatment, Illuminate Colorado is focused on growing Circle of Parents® in Colorado. This national, evidence-informed model provides a friendly, supportive environment led...

One Father’s Journey Through Parenthood with Community Resources

I never thought I would ever become homeless until it happened. A number of events led me to a point in my life where I needed to find a temporary home so that I could start working to rebuild my life from the ground up and continue to support my basic needs and be... 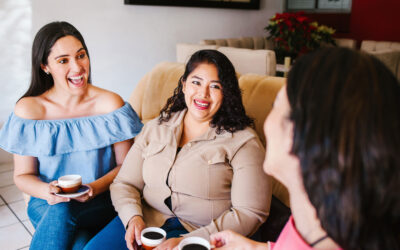 How to Develop and Foster Parent Leadership

Last week, we published Meaningful Parent Leadership and Why It Matters, a blog by Candice Bataille discussing the importance of parent leadership and how it fits into Circle of Parents. In this blog, Candice shares how to develop parent leaders within the Circle of...