Five Minutes With My Congressman

Recently, I had a chance to talk with an aide from the 4th district represented by Congressman Ken Buck about the FASD Respect Act (H.R. 4151 and S.2238).  This piece of legislation could change my family’s life and potentially prevent hundreds of thousands of families from having to follow in our footsteps.

With no more than five minutes to plead my case, I initially thought of giving the Congressman a snapshot of our family’s life and all the ways exposure to alcohol before birth  has negatively impacted our son, now diagnosed with Fetal Alcohol Spectrum Disorder (FASD). But, I decided this wasn’t the direction I wanted to go. It sounded too much like a list of complaints, and I didn’t want to sound like a whiner because my son is a loving, good-humored, kind-natured, individual full of potential and resilience. Instead, I made a convincing statement of truth that, I hope, left an indelible impression to help convince our Congressman to co-sponsor  the FASD Respect Act, authorizing $118 million for FASD prevention, screening, identification, research, and FASD-informed services by federal, state, local, tribal and private stakeholders.

I used my five minutes to explain what the FASD Respect Act would mean to our family, the multitudes of families who have loved ones diagnosed with FASD and the many, many people in this country that don’t even realize that FASD exists. As it stands, FASD is a national epidemic of catastrophic proportions. One that few seem to be aware of. This needs to change. It is estimated that up to 1 in 20 U.S. school aged children may have an FASD. It’s 100% preventable and caused when a fetus is exposed to alcohol before birth. You may not realize this, but alcohol is the leading cause of preventable brain injuries.

We did not find out our son had FASD until he turned 14. That is an injustice to him, more than anyone. We should have known about this the day we brought him home, through foster care, but so many people were (and still are) completely unaware of what FASD is – including the medical field! This means even more people in the general public are unaware and families who have adopted children are particularly unaware.

Remember, this is a SPECTRUM disorder.  That means FASD presents itself in various extremes.

PHOTO CREDIT: This photo was taken by the author’s son while they were on a walk together.

We adopted our son, who has FASD, when he was only a few months old.  Symptoms were not easy to detect at this age and he was meeting most of his developmental milestones.  What would have been helpful was knowing that his mother was drinking alcohol when he was in utero. This is another major issue with FASD.  What issue is that you may ask? Getting women to actually share that they drank while pregnant for fear of public ridicule.  We, as a society, must not hold judgment over women who have done this.  Rather, they should be supported in what to do next.  Don’t stigmatize another human being when there are many areas that each of us can grow in and learn from about others and ourselves.

Symptoms in our son really started showing up when he was a little bit older in his infancy, mostly in the form of sensory processing disorder.  He was hyper-sensitive to certain sounds, certain bodily feelings and certain textures and tastes that caused him to become extremely agitated.  He would have complete meltdowns if the wind was too strong.  Little did we know that these were the beginning signs of FASD.

As he has gotten older he’s shown even more significant signs.  These symptoms have included problem-solving skills (specifically math), memory issues (doesn’t remember something I literally told him 10 minutes before), ability to remain attentive (Over the Hedge- Squirrel!), difficulty in maintaining friendships (he has difficulty associating with his peers), and understanding consequences (I’ve tried every reward/consequence strategy in the book, to no avail).  You might be thinking, “This is just how teenagers are!”  I assure you, this is only the tip of the iceberg.  Remember, this is a SPECTRUM disorder.  That means FASD presents itself in various extremes.

Thankfully, information about FASD is becoming more readily available, but not nearly enough. The FASD Respect Act can rapidly accelerate the prevention and the education of the masses. If we had only known about our son’s FASD earlier we would have sought specific treatments recommended by professionals who knew what needed to be done once the diagnosis was made.  We informed our son’s pediatrician as well as others including the foster care system, various medical practitioners, therapists, psychologists, psychiatrists and school systems throughout the years about what we were experiencing.  Not one of them ever mentioned FASD as a cause.

Still, it is the season of gratitude and I’m thankful that our son has his FASD diagnosis, and I’m thankful that I was heard by the Congressman’s office. I hear stories on shows like The FASD Success Show and read stories of adults who have come to this diagnosis later in life struggling to live independently, unable to hold down a job, or even getting into trouble with the law. These struggles later in life for families unaware of FASD in their lives will be so much more costly than not acting right now. The more we know the more we can act. The more we can act, the more we can bring about change. As much hurt, anger and sadness that FASD has caused our family, it has also brought out an absolute determination to bring about change; and given me an opportunity to connect with a “united front” of parents, adult survivors and organizations, like FASD United and the Colorado Chapter of FASD United – Illuminate Colorado, fighting for resources needed to increase education and prevention.

We believe our son will continue to positively contribute to the world around him, but we also know he and every other individual with FASD can be much better represented and much better served if the FASD Respect Act is passed in the House and Senate. 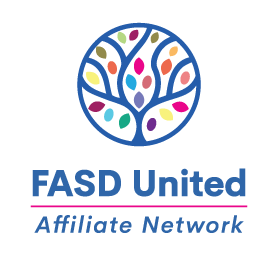 In 2017, the Colorado Chapter of NOFAS (now called FASD United) was among the four independent nonprofit organizations in Colorado that consolidated to leverage resources and increase capacity to more effectively prevent child maltreatment in Colorado. Since then, we’ve grown exponentially in service of our mission to strengthen families, organizations and communities to prevent child maltreatment.

This article was written by a father of  four beautiful children, three of whom have been adopted.  He is committed to sharing the experiences of his family impacted by FASD, anonymously, through the Becoming FASD Aware blog series to strengthen families and build awareness. 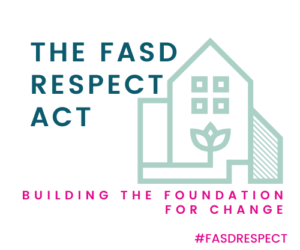 It’s About Respect: Building the Foundation for Change this FASD Awareness Month

September is Fetal Alcohol Spectrum Disorder (FASD) Awareness Month. As the Colorado affiliate of the National Organization on Fetal Alcohol... 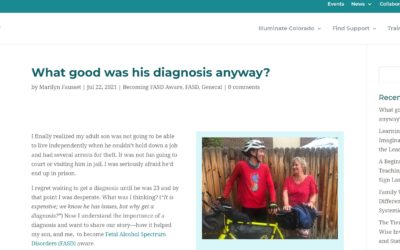 What good was his diagnosis anyway?

I finally realized my adult son was not going to be able to live independently when he couldn't hold down a job and had several arrests for theft.... 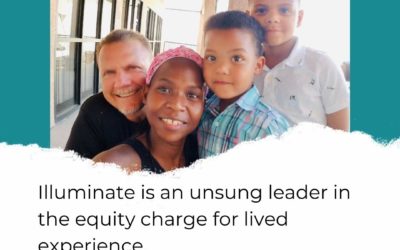 Families are experts on their children and by extension the programs intended to support them in strengthening their families and addressing...